Potter, with hands that shaped the heavens, too grand for us to grasp, reach deep into my heart.

Grab and grip my pride, my being, until I remain nothing more than… 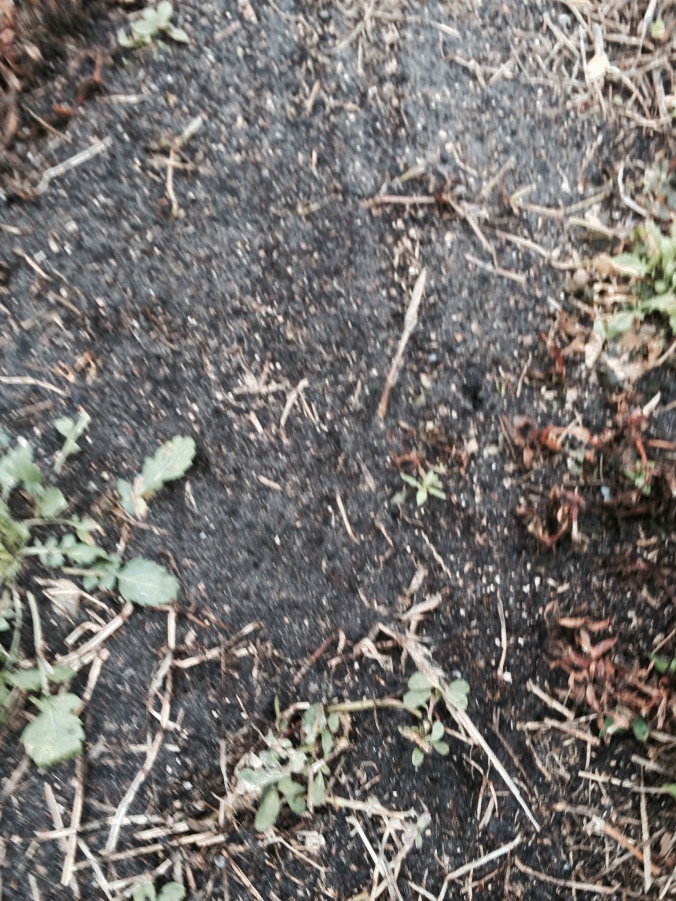 The weight of the dirt is pressing hard against my skin.

I feel bruises forming but in true ‘tough girl’ fashion, I pull hard to hold in the tears and fight to stand against the pressure.

The earth sticks and cakes my lungs with mud as I breathe deep and will myself to keep going.

“I am Iron Man!” I repeat to the masses in hopes they won’t learn of my weakness.

Still, the charade is up and I fear I’m exposed, insufficient and lowly.

The lifter of my head leans low

Reminding me I wasn’t designed to carry the weight of the world on my Gumby shoulders.

His strength in weakness perfected, lifts me from the mire, clothes me in white and I remember to breathe Him in.

I lay my head upon His shoulders and all at once, I see the sky. 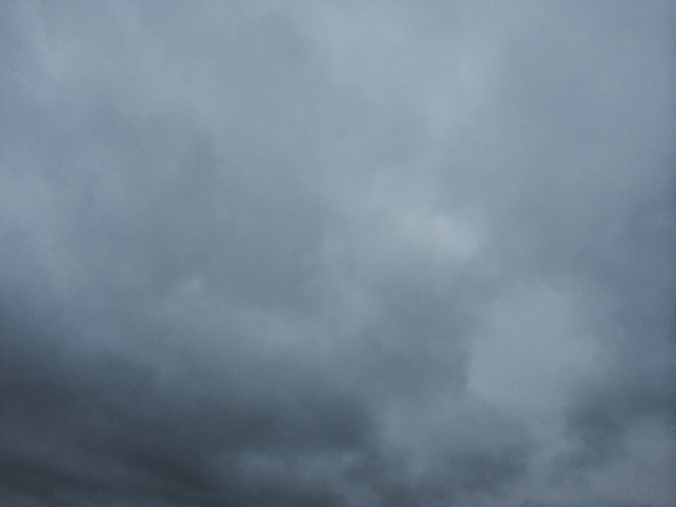 Baby Man’s first tooth emerged to surface last night. It was another rite of passage into “big boyhood”. The signs keep coming that he is growing so quickly. He is zooming through infancy with lightning speed while we crawl around with him on the living room floor hoping to savor the moments. He still sweeps me off my feet with each giggle and that smile that lights his eyes and melts my heart.

I am just a mom. There are days when I leave for the office without realizing that I haven’t brushed my hair. There are nights when I forego cleaning dishes for cuddles and cluster nursing. I’ve traded makeup and high heels for slobber and bare feet (baby slobber…not mine, in case you were worried). My concerns in the morning are now, did everyone brush their teeth? Lunchboxes? Backpacks? Is everyone in the car? Wait, I’m missing one. There she is….let’s go.

And I love it!

God is a Father and I’m convinced He loves it too. Think about what He has to deal with on a day to day basis. Yet, He’s there cheering us on when we grow a little and we cut a spiritual tooth. He’s holding our hands and helping us learn to walk along. He smiles when we look up at Him with toothless grin. He scoops us up in His arms when we fall down and cry out for help. He forgives us when we get into something we shouldn’t. He’s never frazzled and overwhelmed like me.

Maybe it’s like they used to say when I was young, “Babies having babies”. I didn’t appreciate hearing that when I was in my 20’s, but now I can laugh and look upward at my Father who is so patient with me and appreciate the wonder of it all. I’m just a baby trying to figure it all out with my babies in tow…and I’m growing everyday.

I can toddle along the best way I know how. I can follow my Father and never let Him out of my sight. I can fall and learn and get back up. I can be secure knowing that even in my baby steps, He’s celebrating with me. He doesn’t demand perfection. He knows I’m learning. He will never leave me or forsake me.

So, today I’m celebrating a first tooth and the realization that I am right where I should be, in the hand of a loving God who gave Himself to bring me life. A savior who sacrificed everything for me. I’ll let Him lead me as I lead these precious one’s He’s trusted me with. It’s a good life when He’s in charge!

The collective voice of our cultural paradigm can be heard from sea to shining sea. We are reminded that hate is never the answer, that bullying is prevalent and tragic and that our differences should be celebrated rather than used for purposes of division or judgement. The most well-known passage of scripture at one time was John 3:16, “For God so loved the world that He gave His one and only begotten son that whosoever believes in Him should not perish but have everlasting life”. Now it is, “Judge not lest ye be judged”. I would list the reference, but let’s be honest, the majority of those who quote this scripture often, don’t know where to find it in the Bible, just that it’s in there somewhere.

I read a story this week that impacted me. You can read it here: http://specialneedsparenting.net/darkness-theater/.  A mother brought her autistic son to see a movie knowing that he doesn’t handle the previews perfectly, but does just fine during the feature. Unfortunately, they never got to the feature because after he spoke a couple of times during the previews, they were met with jeers from the other patrons requesting they leave. When the mother relented and rose to leave, they were met with cheers, taunts and even someone yelling that her son was “a retard”. Ah, how tolerant we are of those different from us…

Tolerance as defined by Mr. Webster is: “willingness to accept feelings, habits, or beliefs that are different from your own  : the ability to accept, experience, or survive something harmful or unpleasant”. This doesn’t make me feel warm and fuzzy.

Perhaps tolerance at its core is selfish. We really desire others to tolerate us regardless of whether we afford others the same courtesy. We fight for tolerance in certain areas, but don’t want to think about it in other areas that don’t matter to us. But the word “tolerance” inherently has that connotation. “I don’t like you but I have to tolerate you so just do your thing as far away from me as possible.” Why thank you dear world. I feel the love now.

I’ve made a decision that I will not teach my children “tolerance”. Instead, I will teach them to love. Love isn’t restricted by agreeing with another. Love isn’t impacted by differences, disabilities or lifestyles.

Jesus never asked us to tolerate our brother but he commanded us to love one another.

In love, we assist those with disabilities rather than worrying whether they will ruin our time at the movies. In love, we reach across religious lines and offer friendship and respect to those who believe differently than us. Rather than putting up with those around us, maybe we should try giving of ourselves.

I choose to teach my children to love others even when they seem unloveable. After all, isn’t that what Jesus did for us?

“But God demonstrates His own love toward us, in that while we were still sinners, Christ died for us.” Romans 5:8